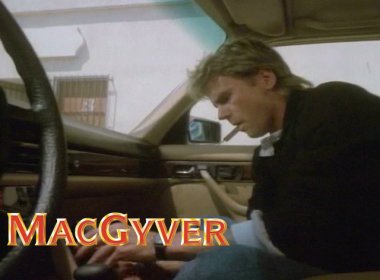 Cancer Treatment gets a REDO

One exciting project to further cancer treatment led by a Belgian Nonprofit is Repurposing Drugs in Oncology (ReDO). Old generic pharmaceuticals are put to new off label uses. The mebendazole you can take for that infestation of pinworms will also disrupt microtubule formation (this disrupts cancer cell division) and stabilizes the p53 oncogene (halting cancer cell growth). The metformin so useful for diabetes decreases insulin levels in the blood which has now been shown to slow down cancer and maximize survival. Sometimes these drugs are discovered from combing old data and seeing either a protective effect (this happened in metformin), other times researchers have stumbled onto treatments by paying attention to details. Researchers were studying glioblastoma (a type of brain cancer) in a group of lab mice. Usually these tumors grew easily but one group of mice simply would not grow the tumors. The difference was those mice had a pinworm infestation and were being treated for it with a close relative of mebendazole (later tests found mebendazole is the better drug for its anti-cancer effects).

If MacGyver got Cancer…

Ideally there are no common major side effects from these drugs. Rare effects such as temporary bone marrow suppression with cimetidine can occur but are exceedingly rare. Metformin can cause some gastrointestinal upset but it is often temporary. This makes it much easier to decide to try one or more of the “MacGyver Cocktail” drugs as I call them. We can creatively repurpose commonly available medications to fight cancer. Risk of adverse effects should be low while the benefit of increased response may be promising. Below are three of the most promising agents in general with a look toward their action and trials.

The ReDO project is purposefully not investigating metformin as it is already in the pipeline toward mainstream therapy.

there are now more than fifty trials investigating the use of metformin in cancer treatment, as well as prevention. It is clear then, that the repurposing of metformin as an anti-cancer agent has moved into the mainstream, and has no need of further effort to make the case for it.

Studies and Mode of Action

Observational studies of patient populations taking metformin note that it may decrease cancer occurrence by 10-50% (most recent data suggests the lower of these figures when compared to normal populations. The larger differences may occur in comparison between metformin users and users of insulin or insulin secretagogues which are thought to promote cancer). A recent review of metformin use during colon cancer treatment found a 32% greater overall survival in patients taking metformin along with standard therapy. Metformin inhibits cancer cell division, metabolism, and blood vessel formation. Specifically metformin works on mTOR and AMPK pathways. Metformin also directly reduces insulin levels in blood and it is known that insulin is a growth factor promoting cell growth. Most studies show positive trends with metformin in colon cancer, breast cancer, pancreatic cancer, glioma and prostate cancer.

Longterm exercise has metabolic effects comparable to metformin. These both reduce recurrence of breast and colon cancer (likely others). Stimulation of AMPK occurs in both by signaling to the cell that resources are scarce and the cell should not divide.

Interestingly in Peutz-Jeghers syndrome a gene is mutated that normally stimulates AMPK resulting in poor AMPK function. In this syndrome there is an increase in both colon and breast cancer.

Metformin is commonly given to patients who do not have diabetes. One common indication is Polycystic Ovarian Syndrome. Thus there is precedent for its safety in nondiabetic populations and it is not theoretically known to cause low blood sugar. Dosage is commonly 500mg to 1000mg orally twice a day. Cost is a few dollars for a month’s supply. There are few absolute contraindications but many conditions which would prompt caution in its use (no alcohol, stop before surgery, stop if getting intravenous contrast). See the full drug monograph here. There is a known interaction with cimetidine where cimetidine increases the levels of metformin (metformin overdose can be toxic). Always consult a physician before use.

Though mebendazole has been discontinued in the United States it can still be obtained at compounding pharmacies and retains FDA approval. Most people are treated for worm infestation with a single or short dose therapy though there are cases of infections requiring years of treatment and this is generally well tolerated. Prominent side effects are gastrointestinal upset and rash. There is an interaction with cimetidine which increases mebendazole levels so caution is advised there.

Mode of Action and Studies

Mebendazole interferes with microtubule formation and no cell can divide without microtubules (see animation). There is also an effect on the p53 tumor suppressor gene. This is a pivotal cancer “control” for all cells, considered “the guardian of the genome” by researchers. Mebendazole may also prevent new blood vessel formation (this is known as angiogenesis). This is important as growing tumors must tell surrounding tissues to form new blood vessels.

There have been several positive trials. In early trials one researcher found positive effects of mebendazole against lung cancer where it triggered cell death in tumor cells. Effects at growth inhibition were found against breast, ovary, colon carcinomas, and osteosarcoma. Chemotherapy resistant melanoma cells were treated with mebendazole and a positive response was also obtained. In one resistant breast cancer study mebendazole increased cancer cell death by about 2/3rds. Notably these studies occurred in cell lines, not in animal or humans. The researchers that stumbled upon mebendazole for glioma treatment found that in their mice model it extended survival by 63%.

One case report of a patient with a rare adrenocortical cancer described how mebendazole was added with excellent results for a nearly 2 year span after all other treatments had failed. Another case report of a patient with metastatic colon cancer described how mebendazole caused an initial significant remission of disease. Two clinical studies on the use of mebendazole are underway. Both investigate use against glioma- one study has finished recently and the other is recruiting participants.

Mebendazole’s drug information can be found here. The most common regimens are dosed at 100mg by mouth twice a day though one of the clinical trials is dosing 500mg three times a day. Side effects include gastrointestinal upset and much more rarely rash, bone marrow suppression, and liver toxicity. Use mebendazole in conjunction with a physician as monitoring certain laboratory values would be prudent. Also cimetidine and other drugs can increase levels of mebendazole. Cimetidine is a stomach acid reducer now available over the counter in the United States. Cimetidine has shown promise as a cheap drug with few side effects that has had multiple promising effects in trials. Importantly cimetidine acts on multiple enzymatic pathways in the liver- this means that it has a high chance to interact with other drugs (including chemotherapy). I suggest anyone using cemetidine be followed by their physician.

Mode of Action and Studies

Cimetidine acts on four pathways to block cancer. These are cell dividing effects, immune system effects, angiogenesis blocking, and changing how cells stick together. Histamine is usually associated with allergic reactions but researchers also noted cancer cells had a certain type of histamine receptor that triggered their growth. Cimetidine blocks this receptor. Tumors are often high histamine environments and this will block the cancer killing cells. Giving cimetidine enhances the immune function by blocking this effect on the immune system. Cimetidine has been found to reduce the “stickiness” of cancer cells. This decreases metastasis as the traveling tumor cells cannot find ground to latch onto and grow. Cimetidine also has important angiogenesis blocking effects (blocks the formation of new blood vessels in and around the tumor).

Cimetidine has been studied in melanoma, ovarian cancer, colorectal cancer, gastric tumors, pancreatic cancer, lung cancer, and gliomas. Human studies with cimetidine are also plentiful. One pilot study gave cimetidine peri-operatively and beyond with promising results. The calculated 3-year survival was 93% for CIM-treated patients and 59% for controls. Other blinded trials seemed to produce positive trends but less significant results. Another trial (randomized but unblinded) showed that patients with colorectal cancer treated with cimetidine had a significant 10-year survival rate of 84.6% versus the control group’s 49.8%.

Another study focused on the protective effects of cimetidine through surgery. It protected and enhanced immune function greatly in comparison to controls. Surgery and trauma itself is known to lower cellular immunity. From an Anthroposophic view the immune system is the expression of our “I” and this is linked to our physical form and posture. Surgery intrudes on this form so the disruption in immune function is not a surprising result. We also know posture affects the immune system- this study on yoga and the effect on immune cells shows an initial confirmation of this immune system-posture/form link.

A cochrane review (a usually reliable group that performs studies on groups of studies) concluded that in resected colon cancer tumors there was significant survival benefit when cimetidine was added.

In melanoma a case series showed remarkable improvement after the addition of cimetidine. Later trials could not replicate these results. Studies in Gastric cancer have had positive results with a subsequent study not replicating these significant benefits but showing positive trends.

Other early successes with cimetidine include treatment of ovarian, pancreatic, prostate cancers as well as Kaposi’s sarcoma. Multiple further clinical trials are underway.

Additionally cimetidine may be useful in increasing the levels of other anti-cancer drugs, including other MacGyver cocktail drugs and chemotherapy medications. This should always be done carefully in conjunction with the treating physician.

Cimetidine’s drug information with side effect profile can be found here. Dosage is typically 400mg by mouth twice a day. Cost is a few dollars per month. Importantly this drug has interactions with other drugs so it is important to be followed by a physician.

The investigation into useful MacGyver drugs for cancer is just beginning but holds much promise. Some of the trials use the drug alone but most employ these medications in addition to conventional treatment. As in any therapy risk versus benefit needs to be weighed as best as possible and the fact that these drugs are old means they are also better known. They are also inexpensive and usually easily obtained. Some barriers to obtaining these medications are that they are not proven in broad therapeutic situations. Most oncologists want to deal only in terms of what is well studied for a specific situation. Potential harm does need to be avoided. However I think there is good argument that in many situations trying what might work by reaching out of the box is well justified.